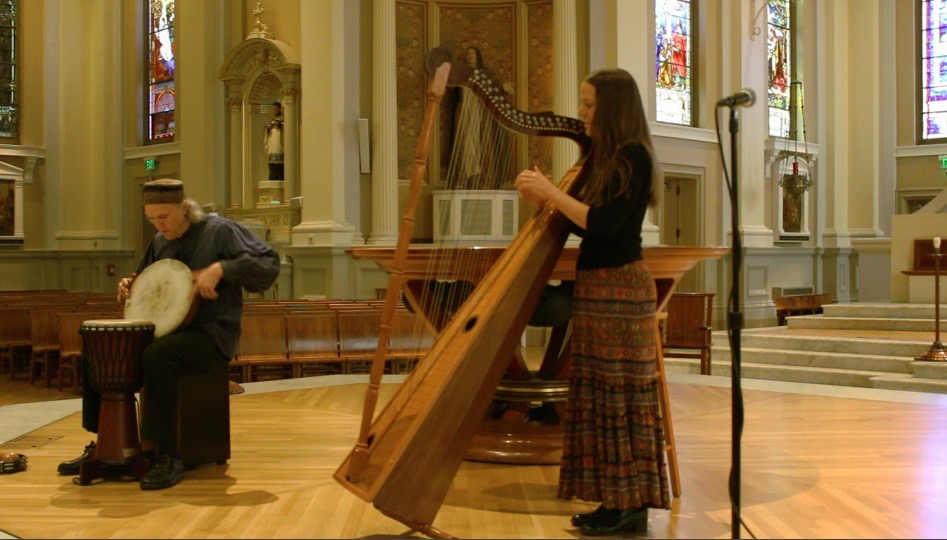 For over 4 decades, Diana has been studying and playing traditional harp0 music from Latin America. “I loved this music from the moment I heard it (in a restaurant in Northern California).  And I’ve never stopped loving it and being inspired by it.” She traveled far and wide to find “arpistas” to teach her; and raised eyebrows–not only because she was a white American, but especially because she was a woman. In Latin America, traditional harp music has always been a man’s instrument. 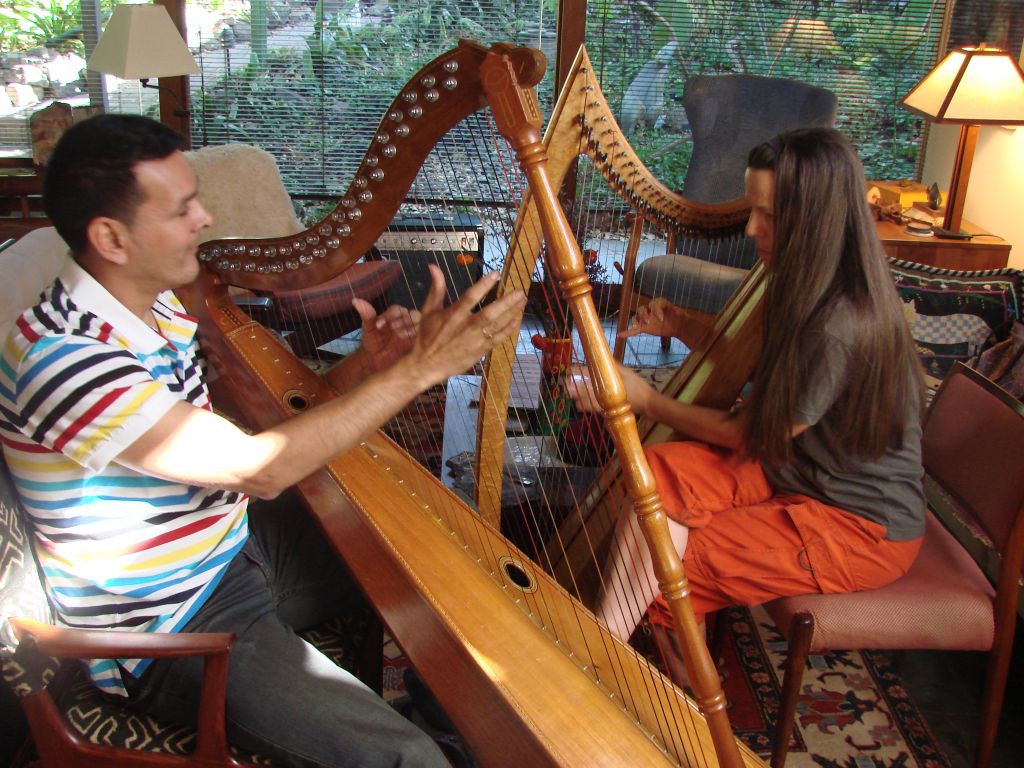 An active and avid composer of new repertoire for the harp, Diana has composed many pieces inspired by her love and studies of Latin harp music over the years. She is currently working on a book of her compositions and arrangements of traditional Latin harp pieces – due out in Fall of 2019.

Listen to one of Diana’s compositions, St. Martin’s Tango, by clicking here.

Over the years, Diana has performed on her exquisite Sono Lugo traditional harp made by master harpmaker, Angel Maria Lugo of Caracas, Venezuela. In July 2016, Diana purchased the just released “Llanera” harp made by Camac harps in France. This remarkable Latin harp took many years for the designers and craftspeople at Camac to bring into the world. They worked closely for many years with the specifications of Columbian harp virtuoso Edmar Castaneda, whose name adorns top of the pillar (see photo below).

With this stunning new harp, Diana has embarked on her mission to not only bring the beautiful harp music of Latin America to her audiences, but also to encourage her harp students to learn, perform, and when possible compose in the various Latin styles. Many of her students have gone on to professional careers that have incorporated Latin music into their performing and composing styles. 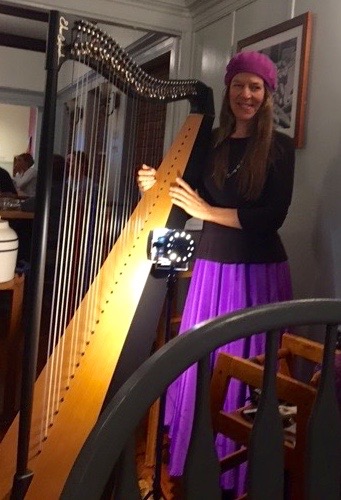 Only a tiny fraction of the harpists in Latin America are women. Harps in Latin America are typically played only by men. Diana believes that women playing Latin harps music will bring significant additions to this very masculine harp style. All of her private students are taught a variety of Latin harp pieces (from Venezuela, Mexico. Columbia, Paraguay, the Andes regions of Peru and Ecuador). Also, the Bay Area Youth Harp Ensemble, which she directs, regularly performs pieces from Latin America, and have been doing so since BAYHE was formed in 1999. 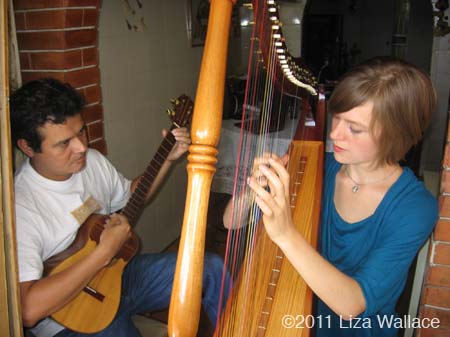 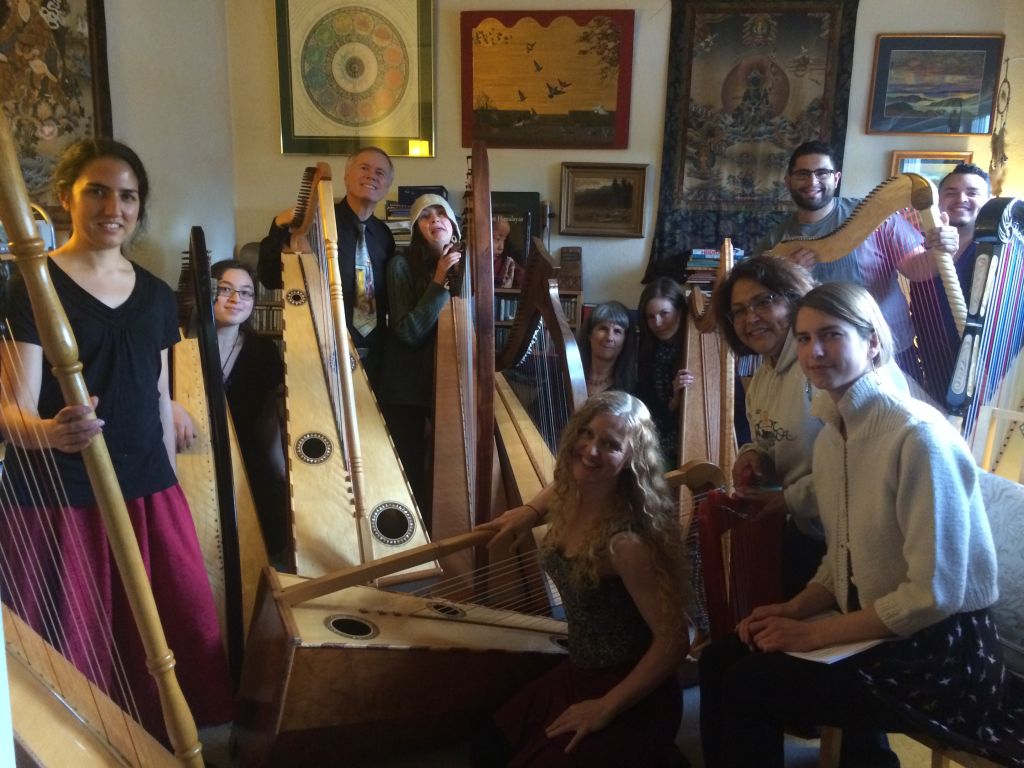 In 2006, along with her student Portia Diwa, they formed the Mission Harp Ensemble (MHE; https://multiculturalmusicfellowship.org/mission-harp-ensemble/) whose mission is to teach Latino children how to play Latin harp. Their first location was at the Mission Neighborhood Health Center in the upper Mission district of San Francisco. This highly successful endeavor introduced this beautiful music to young Latino girls. MHE resulted in not only bringing some new harpists in the world; but we found playing harp in MHE increased the girls sense of self-esteem, gave them new social skills, and created lasting friendships within the group. MHE has completed many classes over the years in schools, recreation centers, churches, and other venues. An offshoot of MHE has been summer harp classes at the well-known Mission Cultural Center in San Francisco. 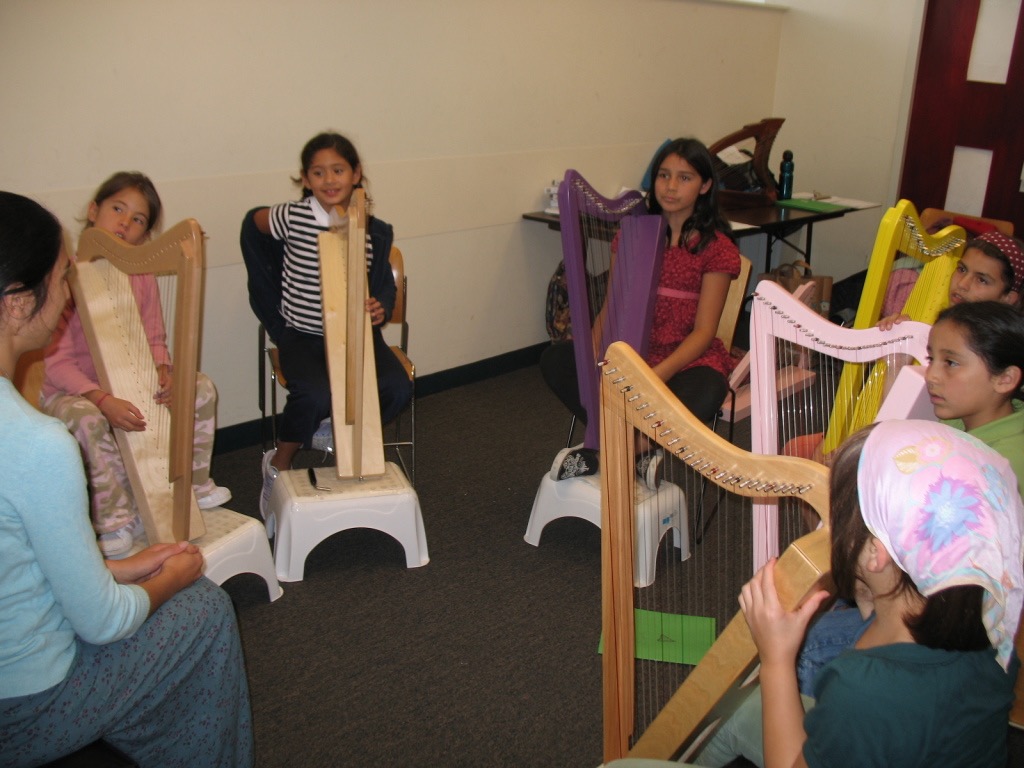